In 2009, Concerto proposed to develop a large-sized wall calendar for Infrabel to be distributed throughout the Belgian school system. This non-commercial, educational calendar-poster provided safety tips, advice and warnings to children nearby railway tracks.

Two years in a row

After the calendar's unprecedented success in 2009, we repeated the campaign in 2010 after numerous requests by schools. Families also received the safety calendar in their home as it was distributed in two national daily newspapers, La Libre Belgique and La Dernière Heure.

Safety tips and warnings were explained with animated illustrations and in picture form.

This promotion was part of the "One foot in the grave" campaign which was created in 2009. 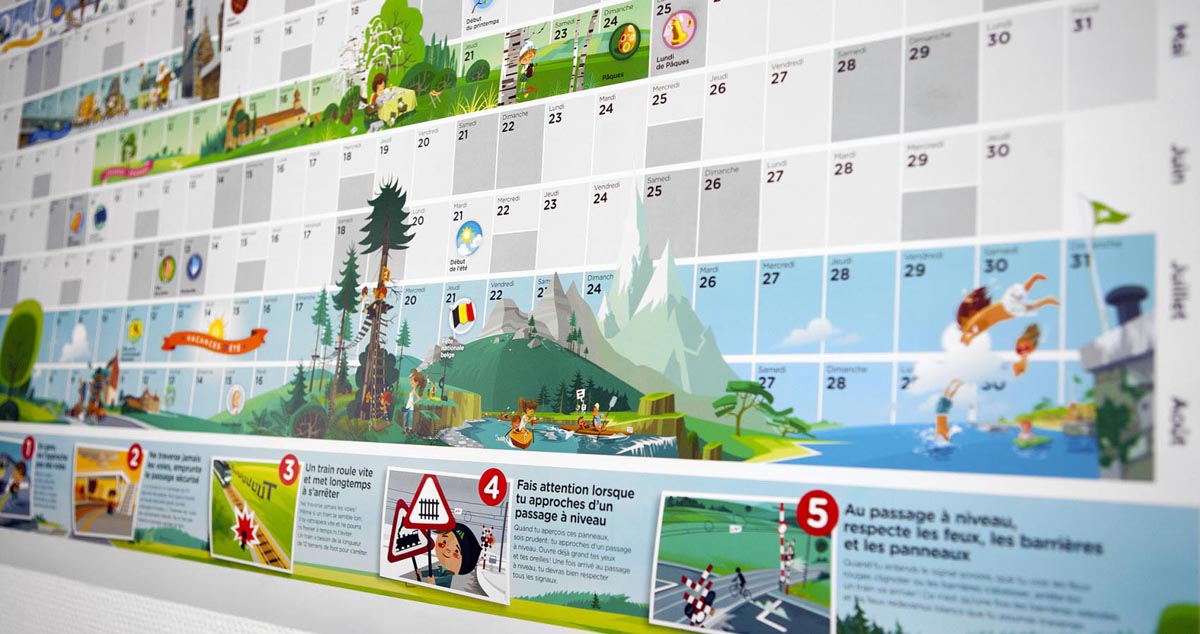 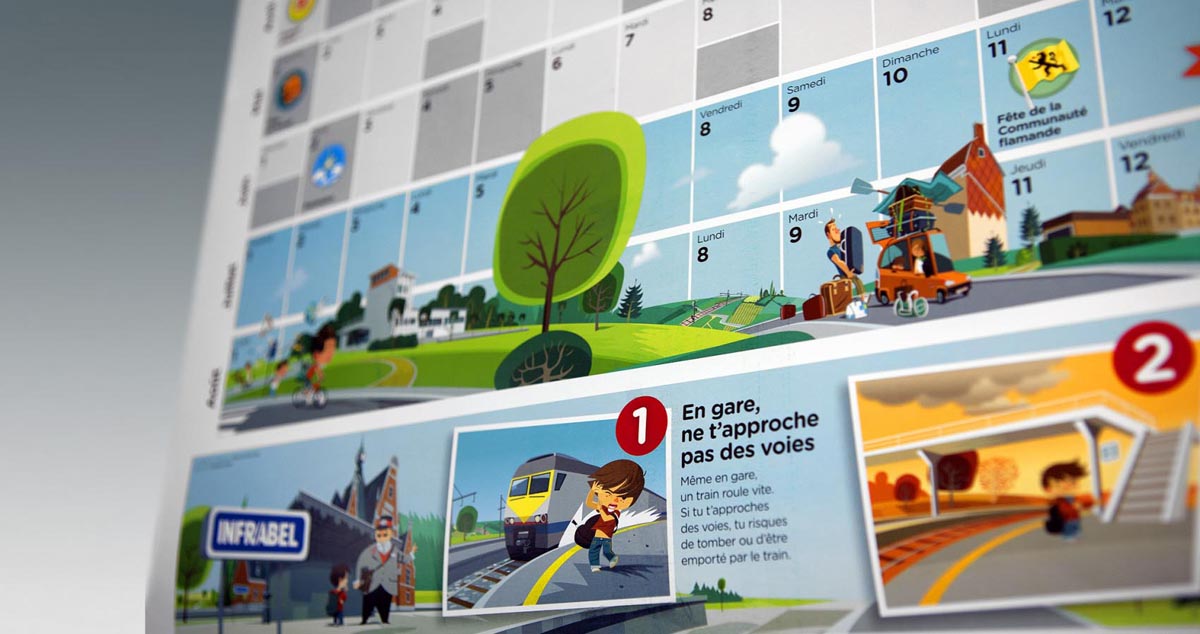