Following a competition between agencies, Concerto carried out a large corporate campaign to introduce the company to a wide audience. While real estate developers are often inconspicuous, Atenor demonstrated an avant-garde approach that required daring and prudence in equal measure.

The campaign included a website enabling users to freely express their opinions on fifty or so questions spread over 4 themes. The replies were also open to comment. A large media campaign (posters, advertisements, bus shelters, sides of trams...) gave the website visibility and promoted it. A press conference was held at the end of a big survey.

Concerto opted for an indirect approach; rather than directly vaunting its merits, Atenor wanted to provide a tool for expression, a civic platform on which anyone could give their opinion on the city, in this case Brussels. With this angle of approach, based on dialogue, content that makes sense, the company once again reinforced its position as a stakeholder involved in city life. Concerto undertook the design and creation of all the campaign's tools entirely in-house, including all the editing. 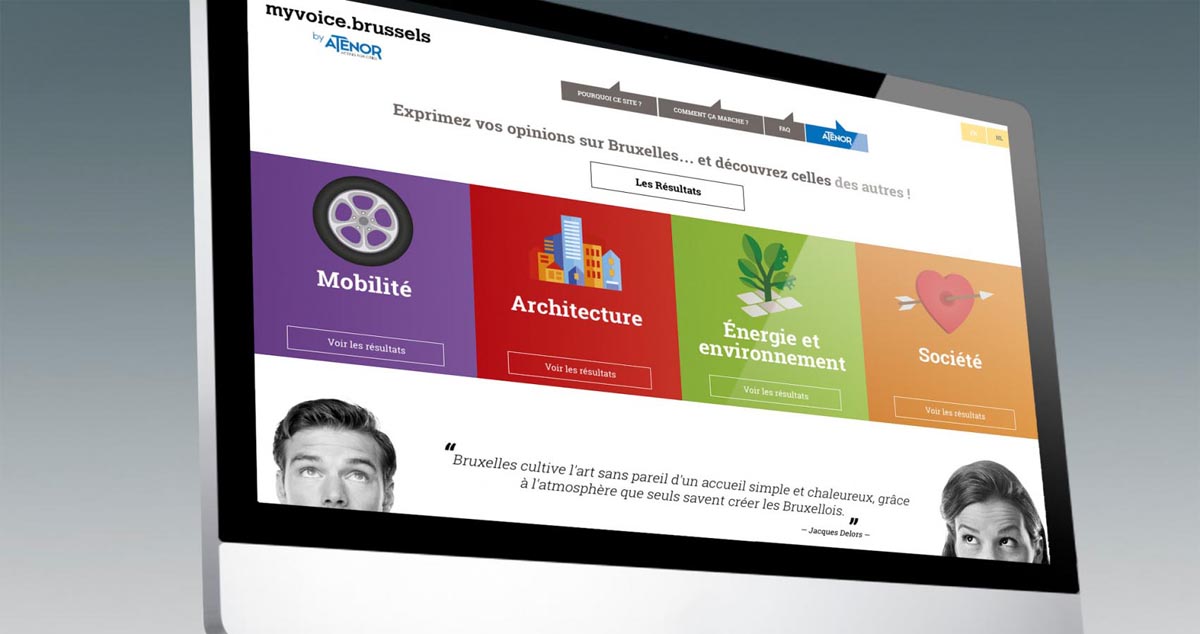 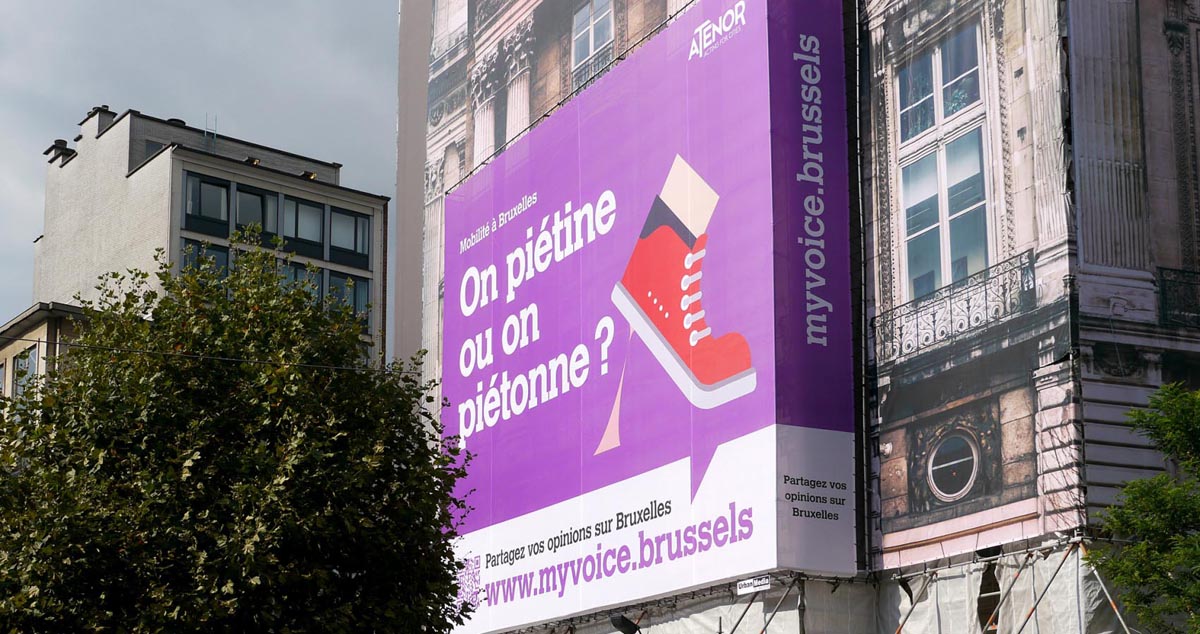 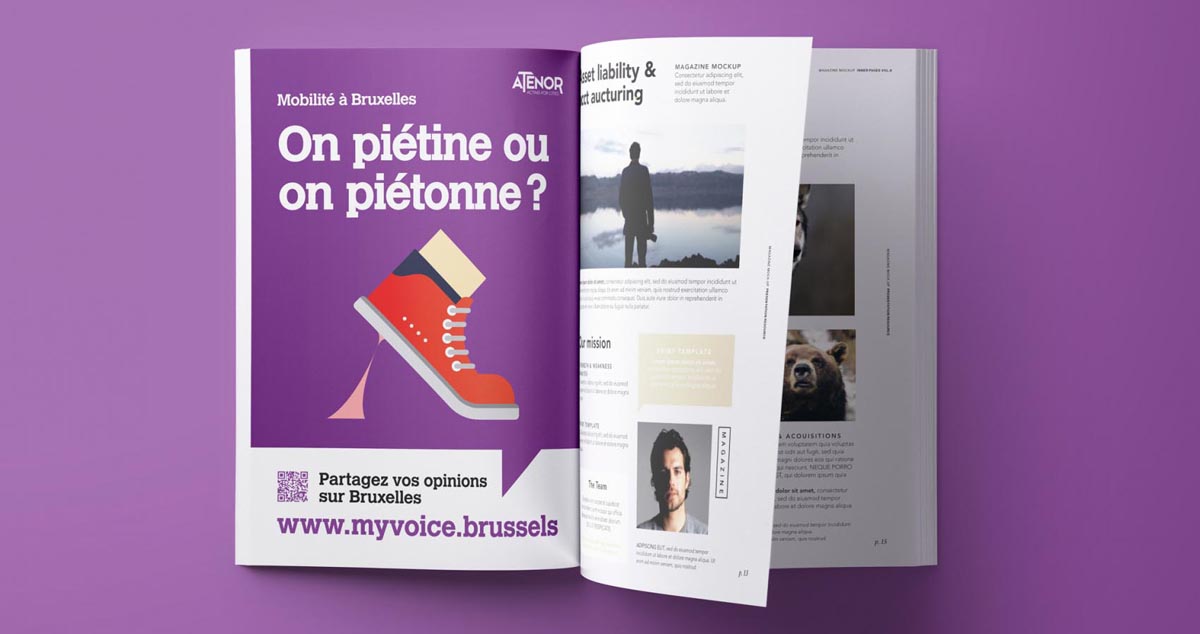 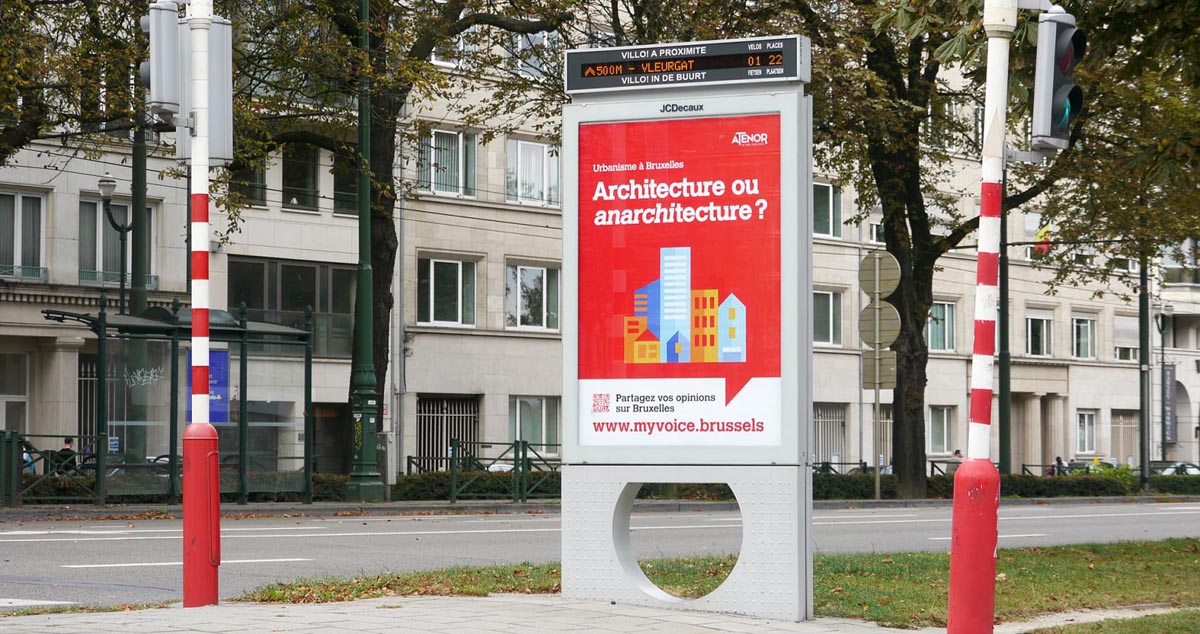