Similar to the widely known “household” gas, CNG is transported to fuel stations through the same network. CNG is a logical market for ORES, since the company is in charge of the gas and electricity distribution networks.

Bottom line of the campaign: CNG is an efficient mean to achieve sustainable mobility and offers several benefits to its users.

A 4-minute education film was produced by Concerto. The agency worked closely with ORES at every step of the way to provide a high-quality storyline and enticing illustrations as well as technical and graphic support. To complement the CNG campaign, “man in the street” interviews were filmed in a CNG fuel station in Brussels. 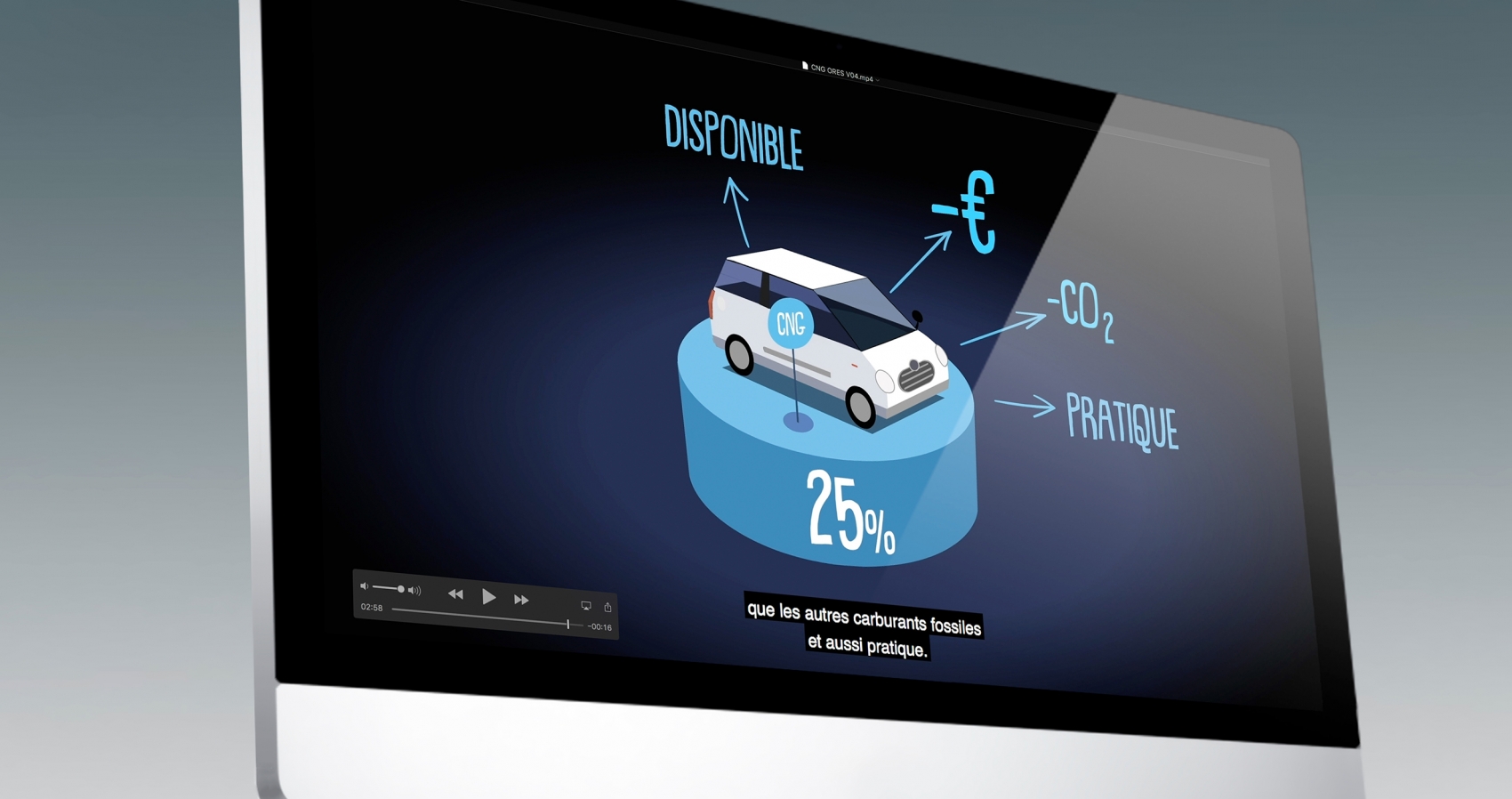 The 12 Labors of Rock